I don’t know about you, but when I started writing React apps, I struggled to decide where my state should go. No matter how I re-arranged setState calls, things never felt quite right.

And maybe that is why I got so excited when I found Redux. Redux gave me a single place to put all my state. Which sounded great in theory.

But then I realised that having one spot to put things doesn’t necessarily make them easy to get to.

It turns out that I needed more than just a place to put things. I also need a system for putting them in the right place. 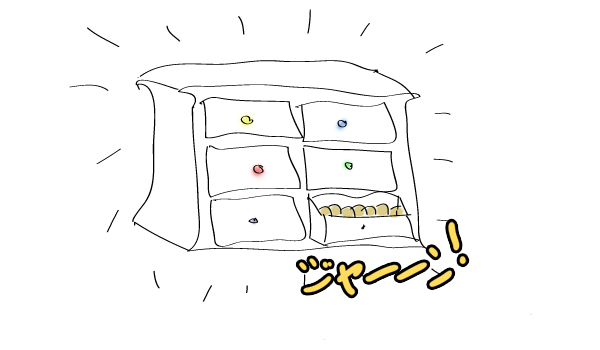 So here’s the deal. React apps have five types of state. Each type of state has a number of rules which it follows. It interacts with the other types of state in well defined ways — as long as it follows the rules. And based on these rules, you’ll find that there are ways of storing the state which just make sense.

So without further ado, your five types of state are:

And of these five, “Data” is the one which really needs a better name. It also happens to be the easiest one to explain. So let’s dig in.

Data state covers information which your application temporarily stores about the big wide world. That is, it covers your business data.

Now let’s say you’re building something hip and cool like an invoicing application. Examples of the Data state for you application will include things received from the server — invoices, contacts, receipts, etc. And, as all of your data comes from the outside world, it is probably going to have some sort of identifier which you use to request it:

GET the /invoice with ?id=happiness, or something

Actually, I’m going to enshrine this as The Rule of Data state:

Every piece of received Data has a type, and a selector which exactly specifies which data was received.

This fact makes it easy to design a Redux store for our data; at minimum, it is going to include a way to map a type and id to a received object. It will also include actions to update the store with received objects. 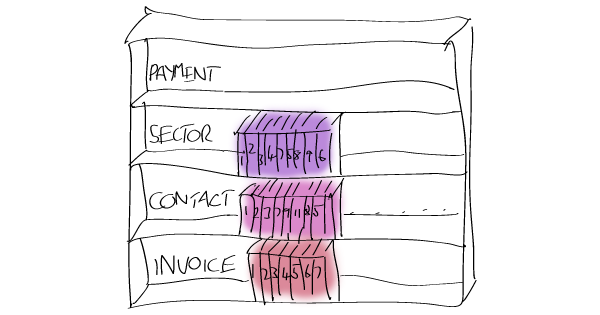 And this is awesome, because now we have a data store which can be accessed from anywhere within the application using connect. Also, as long as your data follows the rule of data state, you can spice things up with indexes and custom higher order components too.

Of course, Data doesn’t just magically appear in an application. We need to request it, and then wait until the request succeeds or fails. And that is where Communication state comes in.

This type of state covers the seemingly simple yet somewhat thorny information which represents things like loading spinners and error messages. It also covers the state which you may not have realised you introduced into your application when you passed a callback to a HTTP request.

Communication state is the status of any not-yet-complete requests to other services.

This means that all of the following are communication state:

So both Communications state and Data state can be implemented as independent stores, managed by Redux. They’re both accessible to your entire application using connect. I’m starting to see a pattern here — maybe all state fits well into a certain type of Reducer which the entire application can make use of it? If only it were that simple.

In contrast to the above two types of state, Control state does not represent the application’s environment. Instead, it refers to the state which the user has input into the app. Form inputs, selected items, things like that.

Things like wha? Yeah, so you may have noticed that forms and selected items are completely different types of information. Selected items probably take the form of a single string representing an id, while forms can be huge nested objects. And that is the thing about control state — its shape doesn’t really follow any pattern.

Luckily though, it does follow another type of pattern. You see, the thing about control state is that it is generally specific to a single view. Or screen. Or container component. Which brings us to The Rule of Control state:

Control State is state which is specific to a given container component, and which is not stored in the screen’s URL or in the HTML5 History API.

Great, so we have a pattern to work with. Now how do we use that pattern to write Redux reducers for our views? Have a little think about it, and once you’ve got an answer, check it by hovering your mouse over or touching the box below.

Did you think about that for a while? Sorry. But I think this is an important point to make. And Dan Abramov, author of Redux, seems to think so too:

Don’t use Redux until you have problems with vanilla React

Actually, I just glossed over an important point, so let me spell it out a little better:

You don’t have to use the same method for storing every type of state. Seriously.

When you have information which needs to be available application-wide, but its shape is less well defined than your project’s schedule, it is probably Session state.

Or put it another, and we get The First Rule of Session state:

Session state contains information about the human being which is currently using your application.

This includes the obvious stuff – their user id, permissions, etc. But it also may include a user’s preferences for how the application should work.

Now one thing about session state is that parts of it can be pretty similar to Control state. For example, you may have a piece of Control state which represents which parts of a tree view are collapsed or expanded. You may also have a piece of Session state which represents … exactly the same thing. But I promise you there is a difference. And you can probably figure it out yourself with The Second Rule of Session State:

Session state is only ever read when a component is mounted.

Of course, this means that the Session version of your tree view’s expansion is a copy of the Control state. Sure, your view can write to the session whenever it wants. But it only reads from it to initialise the view. Or to put it another way: Session state can be used to save preferences.

Ok, cool. So how does session state get stored? Like this:

Session state rains down from above. In the React world, that means it is probably just a plain old object which has found its way into your component’s context. You’ll probably want some way to make sure it doesn’t disappear between page loads, but I’m sure you can figure that out. But before you do, let’s talk about the baddest, meanest state of them all.

What counts as location? Intuitively, I’d say “anything which you can give someone concrete directions to”. But a wishy washy explanation like that isn’t going to get us very far. So let’s try something concrete:

Location state is that UTF-8 mess which appears in your URL bar.

This definition has a number of things going for it:

But as great as this definition is, it isn’t really complete. For a start, it doesn’t take into account the fact that you can give people directions to parts of your application which don’t have a unique URL. Also, the HTML5 History API actually lets you store state separately from the URL. Aptly, you do this by calling a method named pushState.

To be honest, I haven’t really succeeded in pinning down an accurate definition of Location state. So I’ve gone with a pragmatic one instead. And it also happens to be The Rule of Location state:

Handily, this definition covers both the type of information which is stored, as well as the method for storing it. Unfortunately, it doesn’t help us with the structure. Instead, it forces us into storing one of the most important pieces of state in our entire application as a bloody string.

And it goes without saying that no competent webmaster is going to build a large scale web application with routing based on window.location.hash.indexOf. But one of the funny things about URLs is that while they’re stored as strings, they don’t represent strings. They actually represent a hierarchy. And that happens to overlap with your application’s component hierarchy.

In fact, by combining the hierarchy stored in URLs with the ability to store extra location with pushState, you can build a location tree which maps to a (hopefully proper) subset of your application’s component tree. Or to put it another way, your location state ends up being a set of flags which enable and disable branches of your application. Simple, right?

It would be, if it wasn’t for side effects.

Of our five types of state, four of them mostly mind their own business. Changes to Data, Communication, Control and Session state will generally not cause other types of state to change as well.

Location state is a whole different ball game. Every time it changes, you’ll find other state changing too:

So here’s the thing about having your state structured well: you suddenly realise how much of a pain in the arse uncontrolled side effects are.

Luckily, they don’t have to stay uncontrolled. That’s what controllers are for. Want to find out how to use them? Then subscribe to make sure you don’t miss out on Episode 4 of State Of React, where I discuss the C in MVC! I’ll even throw in 5 free ReactJS and JavaScript cheatsheets: